This is an excerpt from our newest study, Christ B.C.—The Hidden Christ of the Old Testament, with commentary by Bill Myers. If you enjoy this sample commentary, you can also download a sample lesson (pdf; MS Word format also available) or order the full study.

Because our finite minds can’t comprehend the depth of God’s love, we tend to shorten the gap Jesus had to bridge between us and the Father. We raise our position of “goodness” just a touch and try to lower God’s just a tad. Not only does this mean we shortchange God on His glory but it also means we start to take our access to Him for granted. We may almost flippantly approach His throne, forgetting His awesome purity, His glory, His perfect righteousness.

So, before we begin to look into Christ’s work of righteousness in our lives, let’s remind ourselves exactly Who God is and the righteousness we must possess in order to enter His presence.

From the beginning of time we humans have tried to reach God (or a condition of godliness) through our own efforts, our own righteousness.

For starters, there was His terrifying presence on Mount Sinai—a presence so pure that if the people so much as touched the mountain they were to be executed (see Exodus 19:10-13).

Then there was the Ark of the Covenant, the gold and acacia wood container God instructed Moses to build for the tabernacle. Because God’s presence dwelt above the ark, the object was so holy that once when a man reached out to steady it, to prevent it from falling to the ground, the Lord immediately struck that man dead (see 1 Chronicles 13:7-10; also see Exodus 25:12-15).

Or how about the 70 men who were killed when they looked into the ark (see 1 Samuel 6:19)? The survivors knew exactly what they were talking about when they said, “Who can stand in the presence of the Lord, this holy God?” (1 Samuel 6:20).

Then there was the Lord’s response when Moses, His faithful friend, pleaded to be able to see His glory: “You cannot see my face, for no one may see me and live” (Exodus 33:20).

And finally, a New Testament passage describes God as the One “who alone is immortal and who lives in unapproachable light, whom no one has seen or can see” (1 Timothy 6:16).

This is the Holy God you and I are allowed to approach through Christ’s blood. Awesome, terrifying, and intensely pure. With this in mind, maybe we can begin to appreciate the vast distance Christ’s sacrifice bridged for us.

For it is by grace you have been saved, through faith—and this not from yourselves, it is the gift of God—not by works, so that no one can boast. (Ephesians 2:8-9)

From the beginning of time we humans have tried to reach God (or a condition of godliness) through our own efforts, our own righteousness: 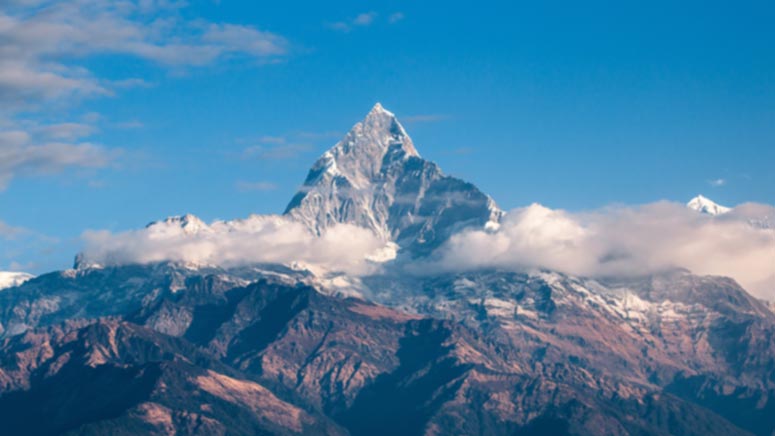 I guess it’s the age-old problem of pride. After all, if we can reach God through our own righteousness, then we really don’t need His help. And if we can reach Him on our own, doesn’t that make us just a little bit like Him? Now there’s a familiar lie: “For God knows that when you eat from it [the forbidden fruit] you will be like God” (Genesis 3:5).

The truth is, no matter how righteous we are, it’s just not righteous enough—not enough to reach a God whose holiness makes mountains smoke and shake, Who lives in “unapproachable light,” Who is so pure that scores are slain just by His presence. When comparing our righteousness with His, well, there’s not much comparison. It’s little wonder then that the prophet cried, “All our righteous acts are like filthy rags” (Isaiah 64:6).

So basically we’re left hopeless, without any chance of ever approaching the all-perfect, intensely pure God.

Well, at least not on our own…

Without the shedding of blood there is no forgiveness. (Hebrews 9:22)

From the beginning God required only one thing to make us righteous. Only one thing can clean us up and wash us of our sins: blood.

Cain was the first to find this out. Talk about a bad attitude! I mean, this guy tried to shortcut the blood sacrifice by sacrificing “the fruits of the soil,” instead of the firstborn of his family’s flock (see Genesis 4:3). God’s response was basically a “NO Sale.”

But that was only the beginning. Throughout the Old Testament the shedding of blood through animal sacrifice was the primary way to obtain forgiveness.

The truth is, no matter how righteous we are, it’s just not righteous enough—not enough to reach a God whose holiness makes mountains smoke and shake.

It was the blood of a sheep or goat put over the doorways of the children of Israel that protected them from the Angel of Death in Egypt (see Exodus 12:1-13).

It was the blood of various animals that the priests used to intercede for the people’s sins. They sprinkled it in front of the curtain of the sanctuary, put on the horns of the altar, at the bottom of the altar, around the altar and on top of the altar (see Leviticus 4-5). Moses even sprinkled blood on the people to confirm their covenant with the Lord (see Exodus 24:8). In fact, the very first priests were consecrated with blood on their clothes, their right ear lobe, their thumb, and big toe (see Exodus 29:19-21).

Why? Why is God so interested in all this blood stuff? I mean it sounds so sick and grotesque.

That’s part of the reason. Sin is sick and grotesque. The shedding of all this blood was to help remind us of the brutal and ugly nature of sin. Sin conquers, it devours, it ravages. In short, it destroys life. And instead of that destruction of life falling upon the people, it was transferred to some innocent, “unblemished” animal. Yes, it was ugly and brutal. But so is sin.

And why the emphasis on the actual blood?

What more accurately depicts the essence of a living life than its blood?

The blood of goats and bulls and the ashes of a heifer sprinkled on those who are ceremonially unclean sanctify them so that they are outwardly clean. How much more, then, will the blood of Christ, who through the eternal Spirit offered himself unblemished to God, cleanse our consciences from acts that lead to death, so that we may serve the living God! (Hebrews 9:13-14)

Bill Myers is a best-selling author and award-winning filmmaker who uses his talents to further the gospel around the world. During his first year at college, Bill told God He could have his life, that he would do whatever God wanted. To date, Bill Myers’s books and videos have sold over 8 million copies. As author/screenwriter/director his work has won over 60 national and international awards, including the C.S. Lewis Honor Award. Bill holds a degree in Theater Arts from the University of Washington and an honorary doctorate from the Theological Institute of Nimes, France, where he taught.

← Going to God with Our Deep Longings—The Story of Hannah Troubled? Turn Your Full Attention to Jesus →