Growing from our Failures: The Disciple John Mark

The Gospel of Mark was written by a young man named John Mark, who figures prominently in the New Testament. His mother was named Mary, and she was a wealthy woman who owned a large house in Jerusalem. In Acts 12:12, we see that a large group of the early disciples gathered in Mary’s house to pray for Peter’s release from prison.

Later in Acts, we see that John Mark accompanied Paul and Barnabas on their first missionary journey. For some reason, Mark turned back at the city of Perga and returned to his mother’s home instead of continuing with Paul and Barnabas to Asia Minor (modern Turkey). Perhaps Mark was afraid of the robbers that awaited unwary travelers in the Pamphylian mountains. Paul was profoundly disappointed in John Mark, evidently labeling him as a quitter. 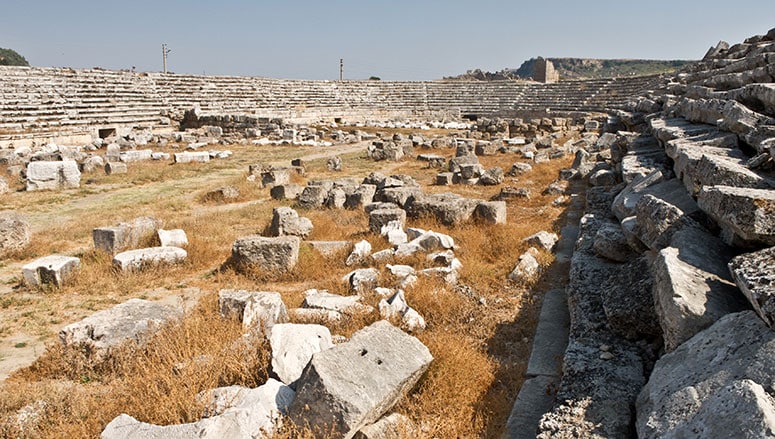 Stadium at Perga by Saffron Blaze Photography via Wikipedia

Later Paul and Barnabas were preparing for another missionary journey, and John Mark became the cause of an argument between them. Barnabas wanted to take John Mark with them. Paul refused because John Mark “had deserted them in Pamphylia and had not continued with them in the work” (Acts 15:38). The disagreement between Paul and Barnabas was so severe that they parted company. Barnabas took Mark with him to Cyprus, and Paul selected a new companion, Silas, and set off north along the Mediterranean coast.

After this, John Mark dropped out of sight for a time. The next we hear of him, John Mark was an associate of Peter. The apostle Peter spoke affectionately of this young man, calling him “my son Mark” (1 Peter 5:13). Perhaps Peter, who failed Jesus and was restored, understood something that Paul didn’t: a person who has failed can learn and grow from failure and become even more valuable to God than someone who has never failed.

Featured image of Perga by Saffron Blaze Photography via Wikipedia

Ray C. Stedman (1917-1992) was a pastor, teacher, well-known Bible expositor, and author of numerous books, including many Joy of Living studies. A graduate of Dallas Theological Seminary, Ray served 40 years as pastor of the Peninsula Bible Church in Palo Alto, California, before retiring in 1990. Ray and his wife Elaine were blessed with 4 daughters and 11 grandchildren. Ray went home to be with the Lord in 1992.

For additional biographical information, Portrait of Integrity: The Life of Ray C. Stedman by Mark S. Mitchell, published by Discovery House Publishers, is available through Joy of Living.

To find other materials by and about Ray Stedman, visit Ray Stedman: Authentic Christianity, an exhaustive library of Ray’s messages and books.