Don’t Try to Please Everyone with Your Bible Study

Many years ago, our family had a small black poodle named Pierre. Our house was situated in the curve of a road with the sidewalk only on our side of the street. Because of the curve, the sidewalk stretched from the front of our house around the side and past a portion of the back yard. A six-foot-high chain-link fence separated the sidewalk from the yard.

Down the street from our house was a large apartment building. To reach the shopping area on foot, it was necessary for the residents of the apartment building to walk past our house. I’m a rather outgoing person and if I was outside I would speak to anyone who walked past. My little black dog was as friendly as I was and would run up to the fence to greet the passerby with a bark and a wag of his tail. It was interesting to watch various peoples’ responses to Pierre. Most people were overjoyed to be greeted by this friendly little black dog and would stop, stoop down, and try to pet him through the fence. But a few would ignore him altogether, and still a few others would antagonize him by kicking the fence or with other petty actions. One grumpy middle-aged man would take a stick and drag it along the fence from one end to the other, and then complain that Pierre would follow him and bark. There was just no pleasing everyone, although most of the people really liked Pierre and enjoyed him.

If you are leading a Bible study, you’ve probably discovered that someone will have something negative to say.

Not only was it interesting to watch peoples’ responses to Pierre, it was enlightening to hear what those who stopped to talk with me had to say. One woman thought it was just terrible to have a dog where there were small children. “After all,” she said, “you can’t trust a dog not to bite.” Another person commented that it was good that we had a dog for the children, but we should never allow the dog in the house. Still another woman loved Pierre but thought he should be kept inside with the children and only allowed out to “relieve” himself.

Why do I tell you this story? Because you just can’t please everyone! If you are leading a Bible study, you’ve probably discovered that someone will have something negative to say, whether it’s about what you study or how, where, or when you conduct your study. Consider what the person has to say—perhaps they have a good suggestion. However, it is often those who are doing nothing who are quick to tell you how you should be doing what you are doing!

Remember, God put it on your heart to lead/start the study. He gifted you to fulfill what He called you to do.

I encourage you, do what God has called you to do, do it with the strength and ability that He gives, and don’t be discouraged if someone complains. Remember, even the Lord Himself deals with complainers. 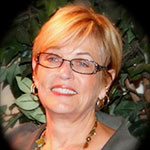 ← Psalms: The Cry of our Souls Romans: Paul's Most Influential Letter →